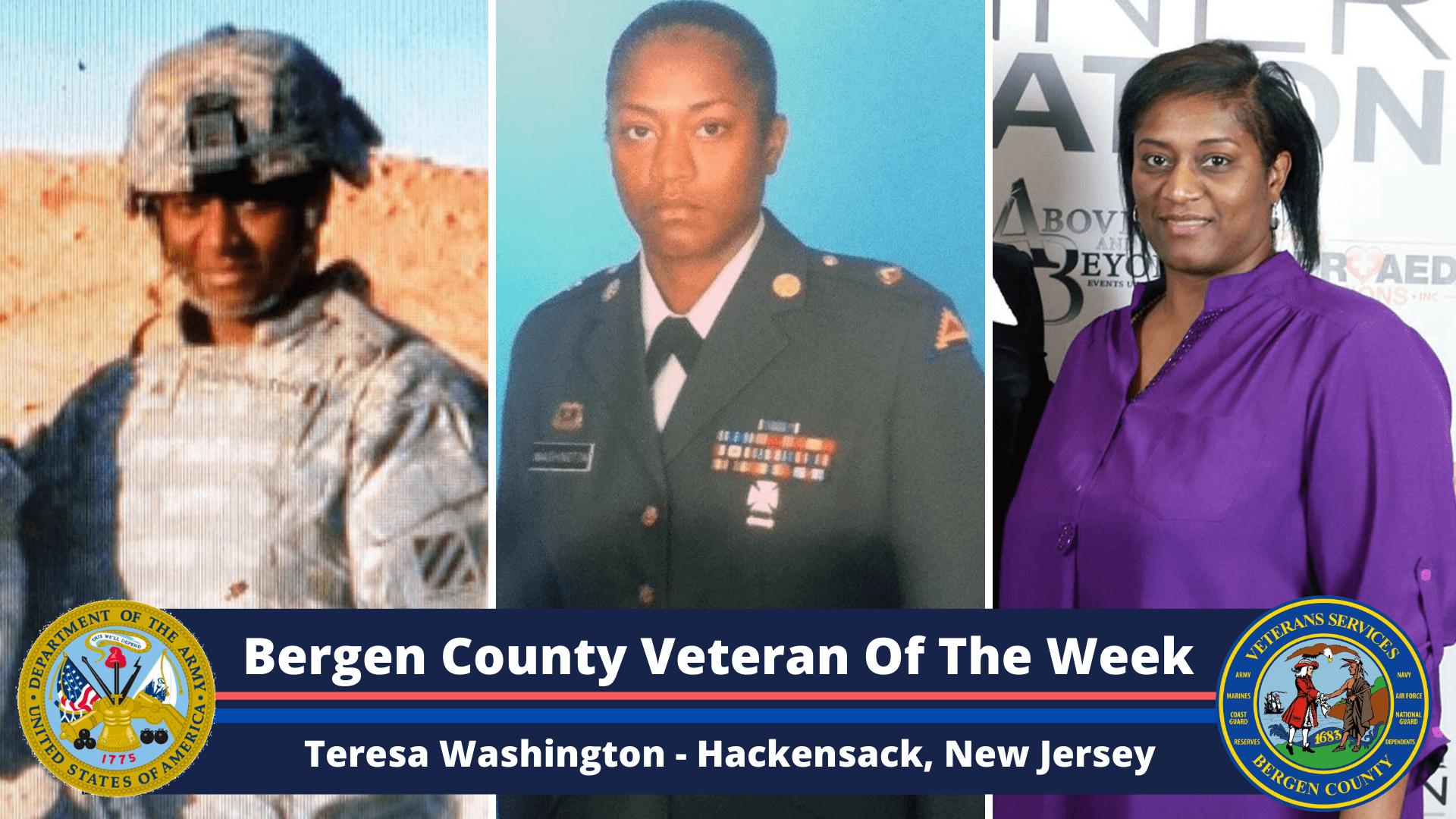 Teresa Washington is originally from Paterson, New Jersey. Teresa joined the U.S. Army Reserves in 1996 to follow in her father’s footsteps. Her father, Mr. Robert Washington, was a Vietnam veteran and retired from the City of Paterson’s Department of Public Works. After serving a year in the reserves, she decided that she wanted to serve full-time and went on active duty. Teresa went on to spend 15 years on active duty and was honorably discharged in 2013.

During her time in the U.S. Army, she did three tours of duty in Iraq. Teresa’s military occupational specialty was 92Y (Yankee) Unit Supply Specialist. As a Unit Supply Specialist, her primary responsibility was to perform tasks involving the general upkeep and maintenance of her unit’s supplies and equipment. It also included receiving, inspecting, loading, segregating, and delivering installation supplies and equipment.

After more than a decade and a half of service, Teresa returned home to New Jersey. She opted to finish up her academic studies. Due to the constant deployments and her hectic work schedule, Teresa had started college but was unable to complete her degree while on active duty.  As such, she enrolled at Fairleigh Dickinson University (FDU) to pursue a Bachelor of Arts in Individualized Studies with a concentration in Public Administration. After completing her Bachelors in only 9 months, Teresa decided to pursue and obtained her Master’s in Homeland Security.

Teresa has always had a passion to serve her fellow veterans. She was involved with many different volunteer opportunities while attending FDU. In 2018, Teresa was given the opportunity to volunteer with the Division of Veteran Services in Bergen County through The Mission Continues Fellowship program. Teresa worked part-time for six months assisting Bergen County Veteran Services with various projects that included outreach, homeless veteran stand downs, and educational seminars.  Her work was noticed by The Mission Continues leadership and she was asked to be a part of the Woman’s Leadership Summit in Baltimore, Maryland in 2018. The summit featured outstanding female veteran leaders from across the country coming together to do a service project in the inner city of Baltimore.  Teresa enjoyed the comradery of working with fellow veterans and found an outlet to give veterans a purpose again.  She is also part of the New Jersey SOS Veteran Stakeholders Women’s Sub-Committee, a group that advocates for female veteran healthcare needs in New Jersey.

Due to her phenomenal volunteer track record, Teresa was hired by the Division of Alternatives to Domestic Violence (ADV) as an evening receptionist where she worked for a year. While employed for ADV, Teresa continued to volunteer with multiple veteran causes in the community. In 2019, Teresa transitioned from ADV back to Bergen County Veteran Services and became their new Homeless Veteran Liaison. The HVL is a part-time position where she works directly with homeless veterans and assists them in obtaining a multitude of benefits that they are eligible for. She coordinates efforts with other partner agencies to ensure that our most vulnerable veterans get the support they need. Teresa’s goal is to be able to obtain a full-time position in government so that she can utilize her skills and experience to serve the broader community. Currently, she resides in Hackensack.

Thank you for your service, Teresa. 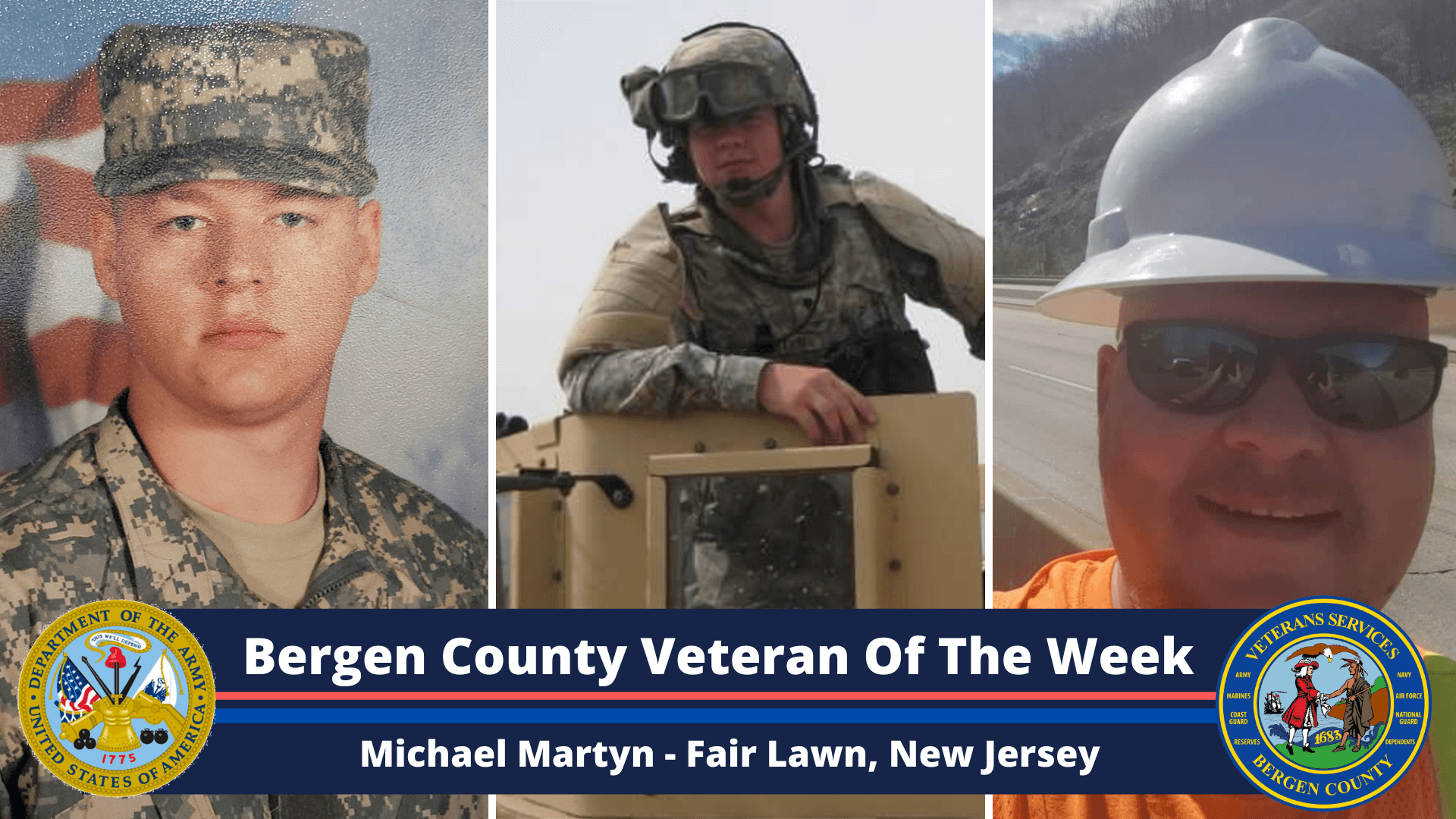 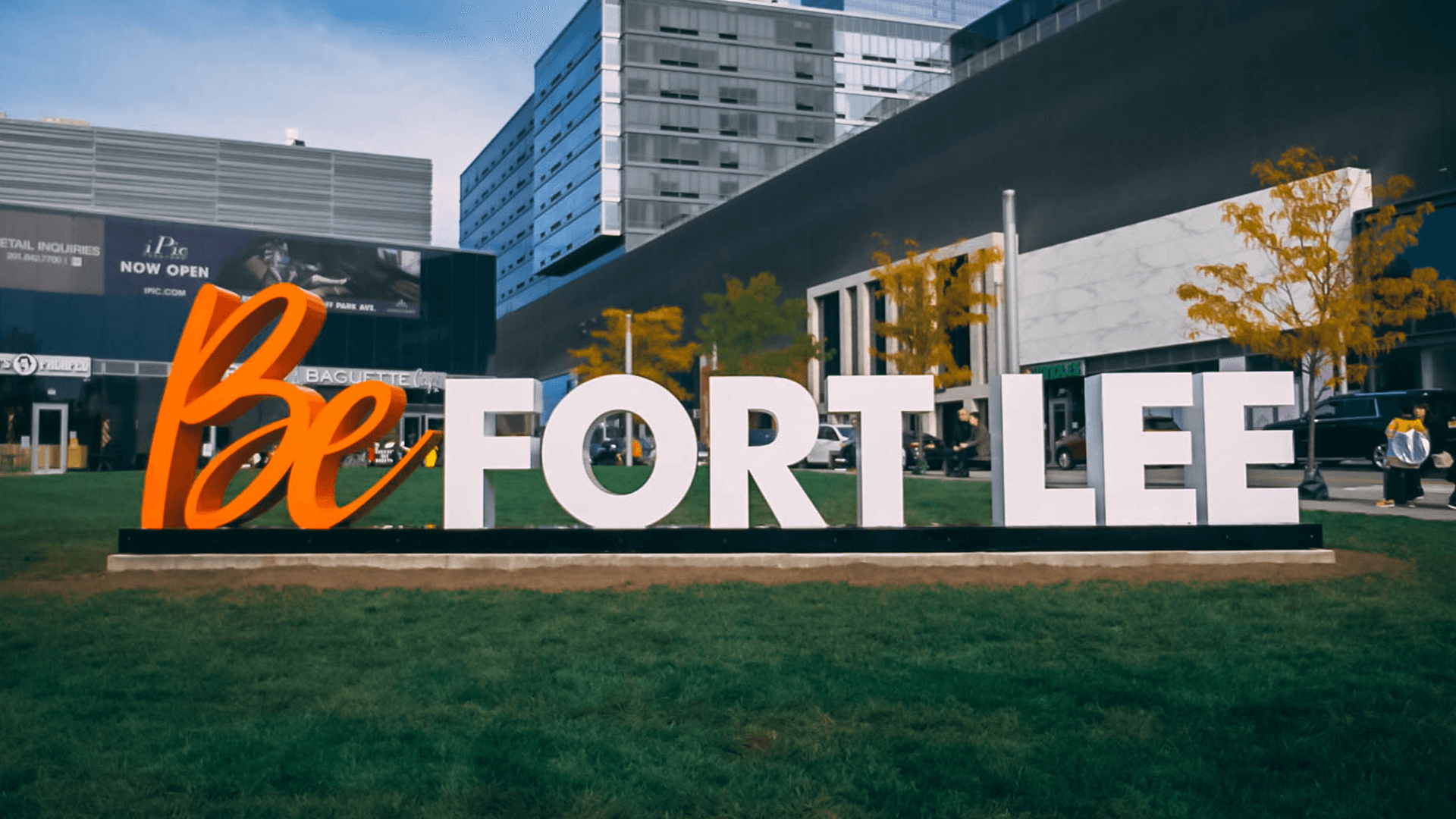